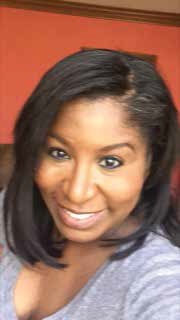 Michelle Watts, Ph. D. has researched the African experience in America for over twenty years. She began her studies at Mount Holyoke College in South Hadley, Massachusetts where she completed a double major in English and Political Science. She received a doctoral degree in American Literature from Rice University, with a focus on 19th century African American women’s writing. Dr. Watts has taught at Rice University in Houston, Texas and Miami University in Oxford, Ohio. While at Miami, she was recognized as an Honored Professor for her “remarkable commitment to students and their educational development.” She was also an Erskine Peters Fellow in the Department of Africana Studies at the University of Notre Dame in South Bend, Indiana. Her current research focuses on the experience of girlhood in African American literature. Upon leaving higher education, Dr. Watts began work in the public sector. She has worked on a variety of projects, ranging from the development of college readiness programming to museum education. She joined the staff of BRIDGES for a Just Community where she served as Vice President of Community Engagement. She co-authored an exhibit on nineteenth-century African American life in Cincinnati and the life of Harriet Beecher Stowe, which is on permanent display in the Harriet Beecher Stowe House. She serves on a number of local non-profit boards including Caracole, Inc., WordPlay Cincy, Public Allies Cincinnati, and the University of Cincinnati Friends of Women, Gender, and Sexuality Studies Most recently, Dr. Watts was sworn in as a Court Appointed Special Advocate (CASA) Volunteer.